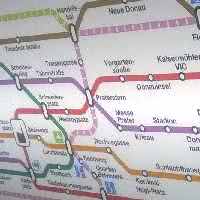 At the end of September 2017, I visited the European Shiatsu Congress in Vienna, the biggest Shiatsu event in European history so far. Much learned, much seen, made contact with other Shiatsu approaches and practitioners.

First of all, Vienna. Everyone says: beautiful city and don’t forget to visit the Spanish riding school. I nod. Who knows, maybe. It soon turned out that I did not come here well prepared. 6 or more metro lines flow like blood vessels under the city centre. The relationship between the upper and lower levels cannot be grasped at a glance. I confess, I’m not much of a traveller. The complexity of this metropolis overwhelmed me. My Liver was going into overdrive. The Hara-Shiatsu school in Vienna is the host and organizer of the event. The conference venue is housed in a courtyard, adjacent to the Mariahilferstraße. The contradiction between the exciting shopping street and the serenity of the court is immense. Here the missionaries are trained; the benefactors, the therapists. Those who give new fire to the blown, bored or burned out. And maybe another direction in life. I received a wristband for a four-day congress and met Carla and Nicolas; the youthful and sympathetic entrepreneurs behind the TsuBook app. They had a small stand. A display showed their sexless male with acupuncture points. I went to the first workshop. ‘Shiatsu in the workplace’. A conscious choice because the course room was nearby. It gave my Liver some rest.

The workshop was given by Klaus Gisinger, educated at the Hara-Shiatsu school in the 90’s. He has lots of experience in giving Shiatsu treatments in companies. His biggest challenge is how to sell Shiatsu without using vague terms. Also without denying the essence of Shiatsu. In practice, he returns to the base: touch.

It is remarkable how many ‘people in offices’ have totally lost their body awareness. His ‘office treatments’ are therefore aimed at restoring this contact. With simple touches, exercises and visualizations. A hand on a shoulder can change a lot in a body. “When we touch, we always get an answer”. Extensive Shiatsu techniques do not have a place at the office.

“Doubt is what your consciousness cannot accept. Your Heart already decided what it wants.”

He also gave tips on how to prepare yourself for a business conversation; how to sell Shiatsu to decision makers in a company. It’s important to know your own strength, your own element. Plus that of the company’s representative. Indeed, Metal people like evidence based on facts & figures. Wood people are quickly enthusiastic. Klaus has to admit that selling Shiatsu in the workplace is difficult. It actually only works if you already have a “hot contact” within the company. In the afternoon I followed Ryokyo Endo’s workshop: ‘The Mission: Stop suffering’. A sold-out course room. Endo is a smiling Japanese man in a judo suit. Everybody knows him. That is everybody but me. It obviously helps if you are Japanese and you are talking about Shiatsu. His English is as good as incomprehensible. A German follower (also in a judo suit) translated. A tired Austrian woman then translated it once again, this time into German. So you had three chances to understand it.

Endo began his story with the announcement that you must forget about the meridians. They are not real. You felt the shock vibrating through the audience. Everything they have believed in for years, sometimes defining their existence, was swept away in these first 5 minutes. A hoax. Fake news. Endo had their attention.

Then a story followed that the Du Mai and Ren Mai (which apparently did exist again) also have a trajectory over your arms. Interesting. He demonstrated this by bringing his big assistant to the floor. Just by touching a Du Mai point on his arm. It was like he fainted. Endo just smiled. And to show that it was not a coincidence, he also grabbed the forearm of the unsuspecting Austrian translator. And yes, she also went down. It worked! But what was this about? We practised on each other but nobody fainted.

Endo continued.You have to make your Qi field as wide as possible during a treatment. Not only work with your recipient’s Qi or your own Qi. But with the Universal Qi. That you should wish everyone and everything the best. I loved it. The temperature in the room was now tropical and my Hara could no longer connect with Endo. When I walked out of the room, I heard him say “doubt is what your consciousness cannot accept. Your Heart has already decided what it wants.” This first day could not have ended more poetically.

I visited the European Shiatsu Congress in Vienna and write a sequence blogs about it. It was revised by Tamsin Grainger. Thank you, Tamsin again & again.

Day 3:  How I met the Wiener Schnitzel girl @the European Shiatsu Congress

Don’t want to miss upcoming blogs? Subscribe to my email service and get notified of new posts. 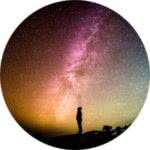 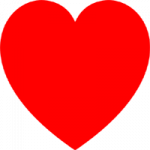 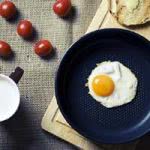 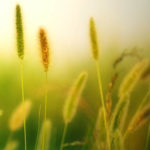 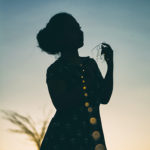